Why investing on the Trasimeno area: the stage goes now to Sergio Batino, the mayor of Castiglione Del Lago

The beauty of the Trasimeno explained by who daily lives it. We propose you back the interview to Sergio Batino, the mayor of Castiglione Del Lago and a lover of his marvellous area.

“Castiglione Del Lago: a ship ready to weigh anchor in the Trasimeno Lake. The bow is represented by the Castle – rich of charm and mystery and commissioned by Frederick II -, the “Rocca Del Leone” – with its octagonal shape, the mystic symbol of the perfection – and the renascent Della Corgnafamily’s palace whose frescos – the biggest of Umbria – were done by Niccolò Circignani, known as “Il Pomarancio”. In the middle, with its three roads, three city gates, three squares, three churches .. created by Jacopo Barozzi – called “Il Vignola” – stands the hamlet, one of the most beautiful of Italy.

The stern is represented by its amazing and still lived and working countryside. The Etruscans, Romans and the Papacy left here some tangible signs of their presence. Right in this area, the D.O.C. “Colli Del Trasimeno”, the D.O.P. olive oil, the Fagiolina Del Trasimeno, some vegetables, cereals and a large variety of delicatessen can be found.

The countryside as the train of a fishing net, full of pearls, because its districts are similar to them, where life maintain the warm tone of the community. Fishing still represents both a material and human richness. For the boats recovering, the “Arbit” association, the symbol of a lake lived since the stone age and to which Castiglione Del Lago addressed an aquarium-museum, was created.” 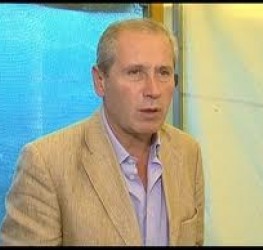 Sergio Batino, the mayor of Castiglione Del Lago and a great lover of his marvellous territory, welcomed and introduce us to this amazing hamlet right in the beautiful rooms of the city hall:

The first thing I would like to say to those who do not know Castiglione Del Lago is that … it is simple: it is in the middle of Italy, in the Rome-Florence direction, so it is easy to be reached and very well connected. I would like also to underline how this particularly beautiful area is able to unite many opposites: it is a quiet place, but it is a small city with many services too. It is framed by nature but, with the time passing, a right balance between “natural” and “artificial” was established.

The Trasimeno territory is inhabited since a very long time..

Yes, maybe because it is the ancient lake of Europe. In particular, we are trying to valorise the Etruscan presence, very important in this area. Here, humans have always lived together with nature, trying to valorise and not to destroy it.

Precisely to protect the Trasimeno Lake environment and to tell it to those who do not know this area, you are carrying out a territory valorisation project aimed to recover the Eleuteri airport area.

Yes, there was a recovery of the area which will become a park to protect the landscape beauty. Inside of it, the “Casa Del Parco” will host an aquarium and some museums, among which – concerning the history of the airport – the “Museo Del Volo” and a interactive area addressed to the history, the environment and the food and wines of the Trasimeno.

Would you suggest to purchase a home in Castiglione Del Lago?

Of course. In addition to its landscape beauty, the life quality is very high and there are also many services. As I said before, Castiglione Del Lago is a small city that offers and can offer a lot of things, including by a cultural point of view.

Would you suggest to an entrepreneur to invest in this area?

The answer is still yes. Our territory has great – both agricultural and touristic -potentialities. However, we have a “lack” of entrepreneurs: “our” companies are almost family businesses and do not do huge investments. However, I think, especially in the touristic sector, there is a lot that can be do: because of our suffered comparison with Tuscany, investing in the territory and improve it.

So, is Umbria better than Tuscany?

They are two very beautiful territories. I believe that our area, in particular Castiglione Del Lago and the Trasimeno, are a sort of Tuscany parts. Indeed, we share the same history and culture. Personally, I would say Umbria is better because, at the moment, is economically more convenient and less naturalistically artificial than Tuscany.

If the words of the mayor of Castiglione Del Lago convinced you and you are thinking to purchase a charming property in the area of the Trasimeno lake, Great Estate has what you are looking for!

Visit our website or call our head office to obtain all the information needed.

The Trasimeno lake and its surroundings: the charm and the mildness of an area to be lived

October 2018: the cinema as the star attraction of Castiglione Del Lago

Living at the lake… living the best!

Cuneo: the green capital of Piedmont

Purchasing a luxury property downtown? Milan is one of the most requested locations