An interesting travel to the discover of the fascinating Umbrian UNESCO World Heritage town.

Located in the green heart of Italy, Spoleto represents a real hidden treasure: a fascinating town with a very rich historic and artistic heritage that proves the different eras which have crossed it. Spoleto has been an inhabited centre since the prehistoric period. The first proofs of it date back to the last Bronze Age (11th-12thcenturies B.C.): the most important evidences were found on the top and slopes of the Sant’Elia hill where, different centuries later, the Rocca Albornoziana would be built. This is a 15thcentury defensive fortress which shows the ancient presence of the popes and the governors in the town.

Spoletium became a Roman colony in 241 B.C.. It has always remained loyal to Rome, especially during the Punic Wars: it repulsed Hannibal after his victory at the Trasimeno (217 B.C.). During the Roman age, precisely because of its healthy air and fresh climate, the town was considered a touristic centre where the Roman nobles have their holiday home. However, even showing some strong influences of the Roman period in its urbanistic structure, Spoleto maintains a medieval aspect. This is because, during a period, the town was a Langobard dukedom before and an important centre of the Papal State then.

The Ponte Delle Torri bridge,  a unique structure – 230 meters long and 82 meters high – which connects the Rocca to the Monteluco, deserves a visit. It should have been built between the 13thand the 14thcenturies, after the Barbarossa’s raid in Spoleto. Its image is the one of a hanging bridge. This is precisely the characteristic that made many tourists who visited the town “fell in love” with it. Some examples are: Goethe, the English painter Wiliam Turner (he portraited it in one of his work) and the Italian poet Giosoè Carducci.

Thanks to its historic and renowned annual Festival Dei Due Mondi (Festival Of The Two Worlds), Spoleto is famous all over the world. Since 1958, the year of its creation at the hands of Mr. Giancarlo Menotti, it is held every summer. During this event, artists from any part of the globe do their performances in various concerts, dances and shows, honouring all the different kind of arts. The festival represents an internationally-known artistic event, where artist as Luciano Pavarotti and Andy Warhol had performed too.

Recently declared as UNESCO World Heritage, in addition to its historic and cultural richness, Spoleto identifies itself for the uncontaminated territory around it, in the green heart of the Umbrian countryside.

In those places, some interesting and prestigious properties proposed by Great Estate stand. “Villa Orione” is an example of it. It is a nineteenth-century residence that, being in a hill in front of Spoleto (which can be reached on foot), offers a marvellous panoramic view. Characterized by large, bright and elegant rooms with high quality finishing as the marble and cotto pavements, the decorated bricks or the fresco ceilings, the villa is surrounded by a charming Italian garden with a panoramic infinity-pool (click here to discover this amazing property). 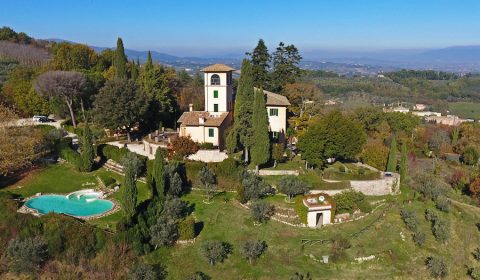 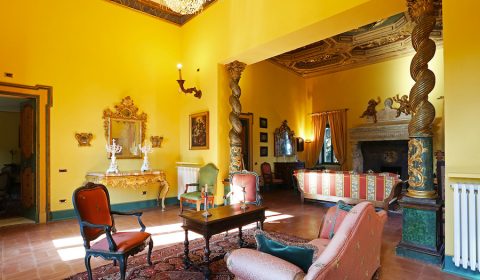 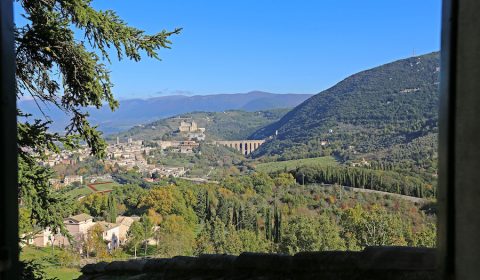 To discover all the other proposals of Great Estate in Spoleto, visit our website.

The Palio Dei Terzieri of Città Della Pieve: between history and tradition