December 2016, February 2017 and july 2017: these are the temporal steps of an excellent working year made by Alice Ceccomoro, who in 2017 made the difference with three important negotiations, two in Tuscany and one in Umbria.
Alice incredible year start in December 2016, when Mr. Mark and Mss. Phylicia Faur, an American couple coming from Colorado, have bought, thanks to Great Estate collaboration, the “Lars” apartment in the historical center of Chiusi.

Tell us Alice: how did you get at the end of this negotiation?

During the summer Messrs. Faur sent a request from our website, greatestate.it, looking for an apartment in Chiusi. I met them for the first time in September, for the apartment “Lars” visit. When their interest for the property became real, the customers called a trusted technical to draw up a report about the property due diligence (I would like to underline how it represents an essential step in the Great Estate acquisition method, which is fundamental for preventing from eventually urban problems that could disturb the negotiation success). In October, after having solved some issues connected to the systems, buyers have signed the purchase proposal I wrote, accepted from the sellers the day after.

What can you tell us about the “Lars” apartment? 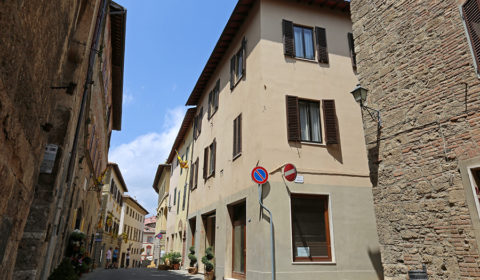 It is a nice apartment with a balcony, which is on the second (and top) floor in a building in the historical center; thanks to his location it’s very spacious and bright for being in a historical center. It’s on the town main road. Surely, the three bedrooms and the two livingrooms make it suitable to have guests. Moreover, it has a great sole property balcony, perfect for having relax and enjoying sunny days, as well as suitable for Fauer’s son, who is only three and can play in tranquility. Buyers made also some customization jobs in the inners, because they resulted a bit dated: a new hardwood floor and a new kitchen; they have also redecorated the whole apartment and bought new furniture. It’s very pretty and comfortable!

From America to Scotland: Alice’ second negotiation in 2017 is the one with Messrs. Graham, who in February became the new owners of a farmhouse portion near Parrano, a few kilometers from Orvieto, known as “La Montana Del Bosco”.

How was this negotiation, Alice? 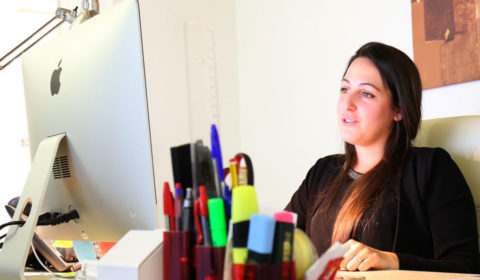 Last August, Sally Graham sent a generic request from our website greatestate.it, looking for a renovated farmhouse, with a garden and a budget of about 200.000 €. After that, having already planned which property to see, I went to the Perugia airport to pick up the couple and I accompanied them to the before mentioned properties.
Having concluded the first visit at “La Montana Del Bosco”and noticed the particular interest of the customers about it, I have decided to prepare a purchase offer, so that I would be ready if they would have decided to proceed. Meanwhile, they have visited various other farmhouses in Tuscany, but no one of them caught their attention, so, in September 2016, they have decided to come back to “La Montana Del Bosco” for a second visit. A few days later, to be more precise on 2nd October, an e-mail from them communicated me their interest for the purchase of this property. In November, after having received the technical report prepared by our partner, the architect Federico Peparaio, customers signed the purchase offer that, as for the sale in Chiusi, it was immediately accepted by the sellers the day after.

What did your customers appreciate the most in “La Montana Del Bosco” farmhouse? 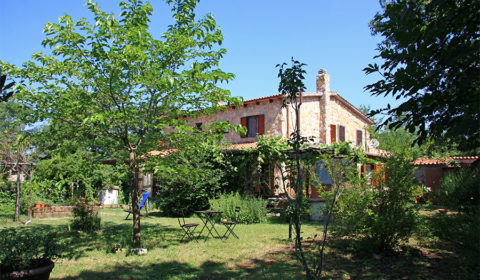 The strengths of this farmhouse portion are the garden and the porch: the first is very well maintained, full of plants and flowers, while the second is very airy. The property is made with a local stone which is very beautiful and whose colors are warm. The property location, even if it hasn’t a panoramic view, offers the tranquility and the peace that people who want to escape in Italy are usually looking for. Lost in the nature, surrounded by woods but at the same time not isolated. I believe its serenity and its privacy were the major property charm. Furthermore, and even if it’s only a portion of a farmhouse, the sensation is the one of being completely independent.

The latest sale was in 2017: Messrs. Guenzi were the two Italian protagonists, who in a few weeks became the owners of the apartment “Maison De Charme”, gorgeous space in the heart of the historical center of Cetona, in the Siena province. To learn more about Messrs. Guenzi experience in the purchase of the “Maison De Charme” apartment, read the article about it on our Magazine

Thanks to HypeReality , Great Estate opens its doors to 3D video tours

Due Diligence: the importance of the technical report of a property before its sale and purchase