Gate-away.com: the results of 2016 – growing number of foreign clients looking for a second home in Italy

Gate-away.com, one of the most authoritative international portals (which promotes Italian properties exclusively to foreign buyers) for many years, used by the Great Estate Group as a tool to offer its prestigious properties to the international customers, has just published the results of the year 2016 (in relation of the second homes in Italy searched by potential foreign customers!) In this regard, the results are quite encouraging! In fact, 2016 was closed positively, with an increase of requests on Gate-away.com equal to 53.89% (2015 was closed with + 15%); thus, demonstrating the fact that Italy continues to exert its particular appeal in respect of the international clientele seeking a second home abroad.
GERMANS are on the podium of the most active countries, followed by AMERICANS and BRITISH; the requests from the first ones have taken flight! The seconds remain almost constant compared to 2015, while the interest of the British, despite the Brexit, was not influenced a lot on their interest in the Bel Paese. France, Belgium, Holland, Switzerland, Sweden, Canada and Brazil are next in the list of top ten. Argentina and Spain are in growth. 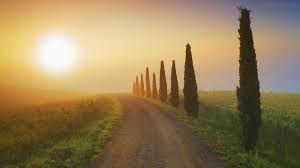 As for the identikit of a foreign buyer, more than 45% requests arrive from the people over 55 years old, seeking a holiday home or a retirement home. But, the most interest is aroused by potential buyers between 25 and 44 years, who are more than 23%, therefore this slice of international customers to bet on in 2017.

Finally, as for the average value of the searched properties, our Country remains an attractive destination and the average investment is considered to be about 428,000 euro. The luxury segment (which is over 14% of requests) represents a significant portion, but the analysis of 2016 also shows that the foreign customers’ demand will also appeal to more “affordable” property: almost 67% of requests for real estate under € 250,000, which means that foreign investors seeking not only luxury homes, but also other types such as houses or apartments – habitable, new or to be restored.

Maison & object 2014.Returning in September this year, is the most important French interior design fair

Sardinia Villas,amongst the most beautiful in the world!The Guardian and The Times put them among the Best