October 2018: the cinema as the star attraction of Castiglione Del Lago

October 4th-7th, 2018 – Umbria, and to be more precise Castiglione Del Lago, a beautiful small town near the Trasimeno lake, will host the 90thanniversary of La Rivista Del Cinematografomagazine: some curiosities about this event and the planned initiatives.

Last May, at the presence of important people – among which the mayor of Castiglione Del Lago, Sergio Batino -, there was the presentation of the event and of its related initiatives.

The celebrations for the 90 years of the Rivista Del Cinematografo magazine will not be a self-celebratory moment: it will be an opportunity to meet for everyone who likes the cinema, as well as a way to promote an area we deeply love, Castiglione Del Lago. Many stars of the Italian cinema, publishing and film production fields will come to Castiglione in order to face the issue of the future of the communication during the art week .. we can already announce you the presences of Alberto Barbera, the executive director of the Venice International Film Festival, Giacomo Poretti, Gianni Riotta.

The opinions of the mayor of Castiglione Del Lago, Sergio Batino (read here his interview) 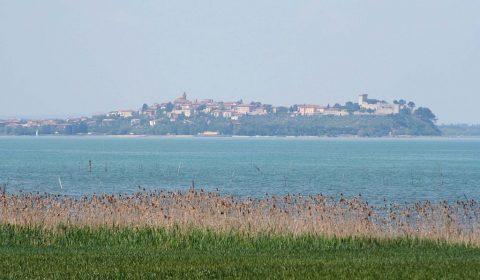 We could not miss this incredible and so important opportunity. Umbria and, more in general, Italy are composed by medium-small towns. The historical centres live only if we bring events like this into them. This festival will be a further cherry we put on this vision.

The schedule of this amazing event (which includes four movie premieres with the participation of both actors and directors) includes great training opportunities: professors from all over Italy will attend a crash course focused on the educational use of the cinema. Moreover, together with the schools of the area, some image awareness and cyberbullying prevention courses will be held too.

The festival will be broadcasted live from Castiglione Del Lago by the cult cinema program “Hollywood Party” on Rai Radio 3.

The riviera delle Palme in Liguria

Home Automation: how to technologically manage your house

Sardinia Villas,amongst the most beautiful in the world!The Guardian and The Times put them among the Best